Urisino's rich heritage – a story that started in 1885.

The Urisino cattle station has a rich and varied history, having been owned and utilised by great pioneering Australians.

Sir Samuel Wilson, once credited with owning more sheep than anyone on earth, first established a cattle station at Urisino. Later it was passed to Sir Sidney Kidman who once owned more land than any other person (other than King Leopold of Belgian), used Urisino as a key strategic watering hole.

It is said that the billabongs of Urisino never run dry. The main reason Kidman had his headquarters at Urisino was a point of last resort in drought years!

Next it was owned by George Henderson – one of the wealthiest men in the country – who transformed the property into a 'Xanadu of the west' with lush gardens and lavish social events in stark contrast to the harsh bushland surrounding it. 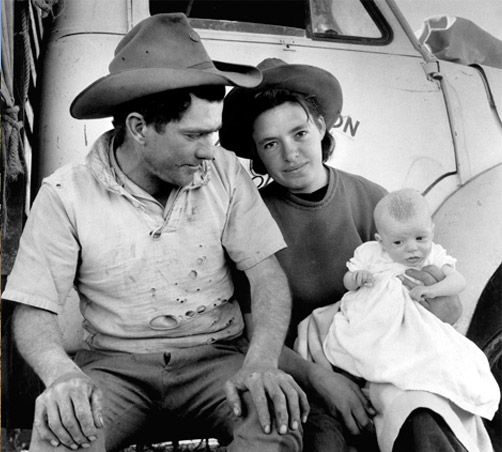 Urisino's first known owner was an Irish immigrant by the name of Sir Samuel Wilson. A pastoralist and politician, he was also the owner of a large amount of land in the region and managed a number of cattle stations. He was credited with owning more sheep than anyone at one time.

Although he may not have been taken too seriously in the field of politics (he was allegedly 'ridiculed...and never attained any political influence'), he worked hard to improve the Longerenong and Yanko cattle stations and wrote pamphlets on the angora goat and ostrich.

In 1874 Wilson donated £30,000 to Melbourne University, the most generous gift ever received by the university at that time. He returned to England and dabbled in politics again with only minor success though he was knighted in 1875. He passed away in 1895.

For a ten year period between 1913 and 1923 Urisino was owned by an Australian pastoralist, Sir Sidney Kidman.  A shrewd and successful businessman, he learnt his bushcraft from aboriginals as a young man. He purchased a number of properties in the region and eventually owned or had a large interest in land covering between 85,000 to 107,000 square miles. 'The Cattle King' as he became known, had some 68 cattle stations stocked with 176,000 cattle and 215,000 sheep. Kidman used Urisino as a strategic watering hole.

He donated numerous gifts in his lifetime to the armed forces and other institutions and was knighted in 1921 for his support of the war effort. At his death in 1935, most of his £300,000 estate was left to his family but much went to charities.

Urisino, however, had been sold in 1924 to two brothers, W.W. and Edward Killen. They went into partnership with another pastoralist, George Henderson and owned the property under Pastoral Developments until 1955. They also owned three other far west stations and by 1950 had purchased a further eight.

The homestead at Urisino was managed by a Mr Wood who employed Chinese staff to help run it along with the extensive gardens. George Henderson became known for creating a 'Xanadu of the West' at Urisino.

Henderson eventually became one of the richest men in the country, leaving a $16 million legacy to the Sydney Conservatorium of Music to help young musicians.

In 1955, Pastoral Developments was floated and Henderson became chairman until 1963 when the company was acquired by Dalgety's.

"Many stations got a bit sloppy. George was always conscious that it was easy to go a bit troppo in the bush."

Xanadu of the West

George Henderson became famous for transforming Urisino into a 'Xanadu of the west'. Its lush green lawns and clipped hedges, fruit trees, flower beds and vegetable gardens were an unusual surprise for visitors to the remote bush station.

Henderson became well-known for hosting lavish dinner parties with fine food and sophisticated entertainment often provided by chamber musicians hired from Sydney. He insisted that all guests were to dress in their finest attire and engage in polite conversation. Henderson's niece, Mary Turner, stated that: "Many stations got a bit sloppy. George was always conscious that it was easy to go a bit troppo in the bush." Henderson wished to retain an air of high-brow sophistication, despite the remote location.

Nancy-Bird Walton, a pioneering Australian aviatrix and the youngest female Australian pilot to get her licence, flew over Urisino many times in the 1930s. She described the homestead as a 'garden of Eden' and 'easily the social centre of the west.'

The photo on the right is what remains of the 1870s mud brick post office, the oldest in far west NSW and is in need of some serious restoration!

Dalgety Stock and Station Agents owned Urisino until 1975 when it was sold to private owners. Soon after it was abandoned, having become barren as a result of cattle overgrazing and drought.

Years later in 1992, Andrea Rudd and Paul Hansen were riding through the desert on their camels when they came across the homestead abandoned and in disrepair. They decided to stay and with the help of the Government's 'New Enterprise and Incentive Scheme' and Urisino's absentee owners, they restored the historic building to a homestead for tourists to visit.

In 2006 we bought the land and started our destocking program. We plan to restore the property to once again be the impressive venue that it was. To host dinners as Henderson once did and share with visitors the rich history of the homestead.